I love reading books, especially Young Adult books of all kinds. I have a book reviewing blog (The Reading Shelf) that I try to update whenever I'm not reading or procrastinating on the internet. 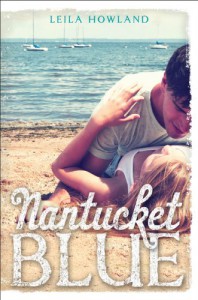 This was quite an interesting debut for me. I definitely had my issues with it, particularly when it came to slut shaming, but I enjoyed myself a lot more than I thought I would, especially considering my problems.

So, first, the slut shaming. Cricket throws a bit of slut shaming out there, but one case in particular bothered me. There’s a very small, secondary character who plays a minor part in the first part of the book and then disappears. There’s a whole page early on where MC Cricket is basically slut shaming her, and it’s so blatant and over the top that I figured, by the end of the book, Cricket would realize the error of her ways and would feel bad about being so cruel to this girl, even if it was just in her head. But nope, that never happened. This character barely appears at all once the action moves to Nantucket, and even when she gets brought up it’s more about the party she throws at the very beginning of the book. Sure, she wasn’t the nicest person – she assaulted Cricket in the middle of a lacrosse game because they liked the same guy and got away with it because it looked like it was just part of the game – but no one should ever be slut shamed, regardless of how nice they are. There was a little more slut shaming, but it was mostly aimed at that girl.

There was also a bit of an obsession with appearance. Cricket doesn’t seem to have any issues with her appearance or weight, yet she is obsessed with noticing other people’s appearances. She comments on her best friend’s legs, saying that Jules doesn’t have to worry about the small bits of cellulite that most teenage girls have on the back of their legs, which just seemed pretty random. She kept going on and on about her fellow employee, a teenage girl who’s not a size two. Liz is portrayed well and is pretty fun and sex-positive (actually, to the point where she freaks out that Cricket is still a virgin), but Cricket is always going on and on in her head about her appearance: Oh, Liz’s stomach and legs are popping out of her shorts but she’s so confident she doesn’t care; Liz has her hands on her mama hips (I think those might have been the exact words, or something similar); Liz wears a bikini even though she isn’t thin!; and on and on and on. Not fun.

Other than that, though, I did enjoy this book. The various Cricket had were pretty interesting: I hated the relationship between Cricket and Jules because I wanted them to make up and go back to being friends, even though life isn’t that simple, which was a message that the book luckily showed; I was surprised to find myself enjoying Cricket’s romantic relationship, especially since Cricket wasn’t always my favorite protagonist; I really liked some of the secondary characters, like a writer that Cricket helps out; and I wanted to yell at Cricket to mend her relationship with her mother and realize that her mother didn’t need to date in order to live again. I was pretty happy with how things wrapped up and there were some pleasant surprises in addition to some “twists” that I saw coming.

So, I had my problems with this book, but so far I think it’s one of my favorite 2013 debuts so far and I hope Leila Howland’s future books improve upon the problems, because I definitely plan on checking them out. 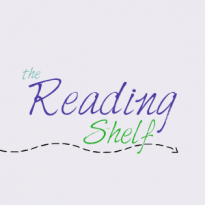 Size 14 Is Not Fat Either
Meg Cabot